A client came into the office the other day wanting to talk about options for getting rid of an annuity she’d purchased and then later determined she didn’t need. This happens occasionally when someone gets an annuity to supplement his or her income and then realizes he or she overestimated how much income was really needed.

In this client’s case, she wanted to find a way to turn that annuity into a legacy for her heirs. By using some simple maneuvering, we were able to transfer annuity funds into a life insurance policy while not having to sacrifice a large portion of its value in fees and taxes.

Why Cashing in an Annuity Is a Bad Idea

When this client first came into our office wanting to get rid of her annuity, she initially thought the best idea was to simply cash the annuity in. That’s almost never a good idea. Sometimes, it’s not even possible, like if your annuity is already paying out. While it is possible to cash in an annuity that hasn’t started paying out, it’s going to cost you.

When you buy a deferred annuity, you must wait through a deferral period. During that period, interest accumulates on the annuity before it starts paying out. You can generally cash out an annuity during this period, but it’s going to be very expensive, to the point where you may even lose a portion of the premium you paid in.

But the surrender fees aren’t the only thing you’re going to deal with. Deferred annuities are often bought with pre-tax dollars from a retirement account or directly through employer withholdings. When those pre-tax dollars are taken out, taxes are due. The money cashed out of the annuity will count as earned income and could also cause you to be pushed into a higher tax bracket with even more of a tax burden.

Even when an annuity is purchased with after-tax funds, the gains are treated as ordinary income. If too much wealth has grown in an annuity, there is a better way to handle it than simply cashing it in or taking large withdrawals. Using an annuity maximization strategy may be the answer.

This strategy allows you to take annual taxable distributions from your annuity, and invest the net proceeds into a life insurance policy with a multimillion dollar tax-free death benefit. After all, the last thing you would want is to die with an annuity that has limited growth potential and taxable proceeds.

With this strategy, a small portion of the annuity value is used to purchase a large tax-free death benefit for the benefit of your legacy. If you pass on early, both the taxable annuity and the tax-free life insurance proceeds are paid. If you pass on much later, your annuity value may be diminished, but the large tax-free death benefit of the life insurance is still intact.

In some cases, we can utilize a tax-free section 1035 exchange from a deferred annuity into an immediate income annuity with a lifetime income options so that the distribution from the annuity is always there to pay for the life insurance. When the person passes, the annuity ceases to pay and the death claim is paid. This strategy is ideal for someone who does not need the annuity for their personal lifestyle but wants to maximize leverage for legacy purposes.

In some cases, we can utilize a tax-free section 1035 exchange from a deferred annuity into an immediate income annuity with a lifetime income options so that the distribution from the annuity is always there to pay for the life insurance. When the person passes, the annuity ceases to pay and the death claim is paid. This strategy is ideal for someone who does not need the annuity for their personal lifestyle but wants to maximize leverage for legacy purposes.

Once you have an annuity paying out regularly scheduled payments, you’ll know exactly when you can expect funds and how often. This makes it easy to schedule premium payments into a universal life insurance policy, which can fund a legacy for your heirs. This is something that can be accomplished by buying a policy directly or through a trust if you’re concerned about estate taxes.

If it appears that your estate’s value is going to exceed $11.2 million, then we highly recommend using an irrevocable life insurance trust. This can also be more convenient if you want to fund multiple policies for multiple beneficiaries but want to simplify the management of these policies. In that case, you would use your annual gift tax exclusion of $15,000 per person to make gifts in your beneficiary’s name to a trust. That trust would then manage all the necessary notifications to beneficiaries before using that money as the premium for a policy on your life.

Using an annuity can allow these trusts to remain on schedule because the manager will know exactly when to expect the money. He or she can then schedule all the required notifications without running the risk of a policy lapsing due to a late premium payment.

Exchanging a Deferred Annuity for an Immediate One

As described above, one of the more common reasons for doing a 1035 exchange is to trade in a deferred annuity for an immediate annuity to fund a life policy purchase. This allows a person to move from one annuity to another without having to pay taxes on the exchange.

The 1035 exchange is designed to allow people to exchange old, outdated annuities or insurance policies for new ones without having to pay a tax penalty. Now there are some limitations to this. If you’re exchanging an annuity policy, it has to be for another annuity policy. You can’t exchange an annuity policy for a life insurance policy. Also, it must be a policy that covers the same insured, so you can’t exchange a joint annuity for a single annuity. Life policies can be exchanged tax free for annuities but not the other way around.

But there is wiggle room. Just because you must exchange from annuity to annuity doesn’t mean it has to be the same kind of annuity, hence the reason you can exchange a deferred annuity for an immediate one. Also, you’re allowed to exchange several policies for one new overall policy, so you can trade in several deferred annuity policies for one single premium immediate annuity.

While it might seem complicated, when you choose the right wealth manager, exchanging an annuity for a life insurance policy is a seamless process. It’s also far more cost effective than simply cashing out the annuity and using it to buy a policy. For more information on how to use an annuity to fund a legacy, contact a Howard Kaye advisor today by calling 800-DIE-RICH. 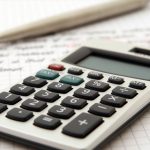 Fixed-Index Annuities vs. Mutual Funds: Which Are Better for Building Ongoing Income?Blog 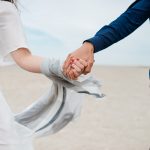 Moving a Trust to Another State: The Best States for Managing an ILIT to Ensure Asset ProtectionBlog, Estate Planning